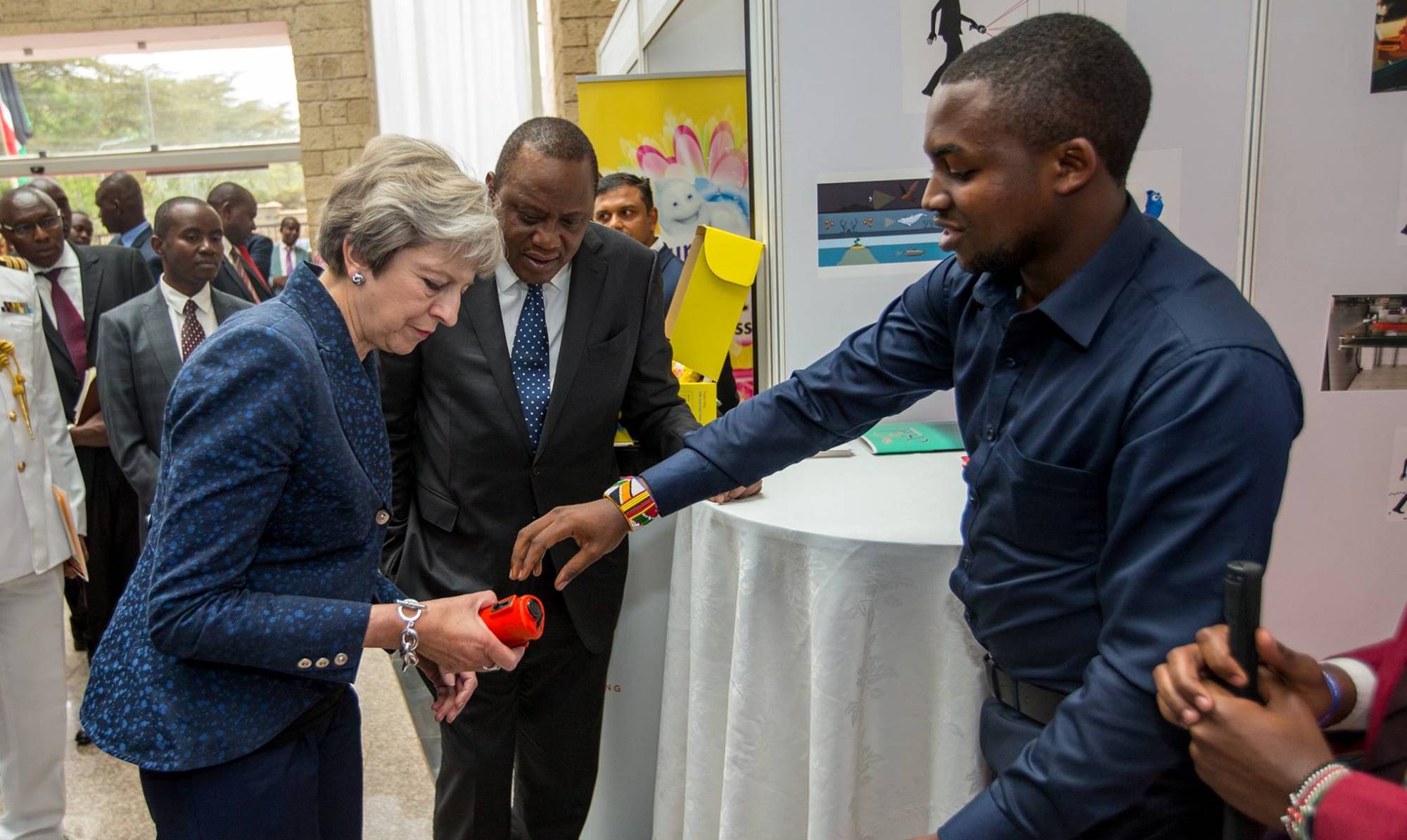 2019/2020 Leaders in Innovation Fellowship (LIF) beneficiary, The Hope Tech Plus Limited with its signature product, the Sixth Sense is optimistic of gaining 10,000 users by end year,2021.

ultrasound sensors to detect objects. The device vibrates in different ways to warn the user when they’re close to an object, with the frequency of vibrations increasing as user gets closer to an object.

This unique mobility aid is a brainchild of Brian Mwenda, an assistive tech enthusiast and Electrical and Electronic Engineer whose passion for innovation was triggered by his close association with the physically challenged.

“When I joined Secondary School, We used to learn together with friends with physical disabilities who we had to assist in one way or another. When I joined the University of Nairobi to study Electrical and Electronic engineering, I again met friends with Physical challenges and I had an urge to develop a product to assist them,” he says. Mwenda adds that the field of Assistive technology has been neglected for a long time, but the technology and resources currently available in the world should be a reason to reverse the trend and innovate even more around the assistive technology.

It is very difficult for people with disabilities to fit in and compete fairly in most societies. People with visual impairment, for instance find moving around challenging as they lack adequate assistive devices to guarantee safe and unaided movement. While most rely on a white cane, they still require help from a sighted person to navigate obstacles, a dependency that Mwenda’s team seeks to alleviate.

Currently incubated at the Meru University’s Innovation, Incubation and Entrepreneurship Centre (IIEC), the Sixth Sense completely replaces white canes and gives sufficient information about the physical environment of a user for them to navigate safely.

The Startup recently received a commercialization grant from the Kenya National Innovation Agency (KeNIA) to further their innovation and improve their technology, and Mwenda says that most of the funds will go towards the development of the hardware, user education and trials over the next one year.

“We’ve just started the partnership with KeNIA and for the next one year we’re looking at more collaboration. KeNIA has committed to connect us with stakeholders in the industry to help us scale up our product with a view of reaching as many people as possible. We are looking at a product which is socially acceptable by the community. Even though it has never been in the market, it has the potential to significantly transform someone’s life.”

The youthful innovator however says that although the startup journey is quite challenging, the training accorded to them by KeNIA and its partner institution, the Royal Academy of Engineers created a sort of a community around where they can talk, support each other, meet up and collaborate. The agency has also supported them in terms of publicity and branding.

The Sixth Sense has won numerous awards since its inception three years ago; notable among them is the 2019 National Diversity & Inclusion Awards & Recognition, where it won the Diversity and Inclusion Award for Inclusive and Innovative Deployment of Technology category.

The team is planning to scale up to the global market, noting that mobility challenges for the visually impaired is not only for the Kenyan populace but is a global challenge, and are urging the young and upcoming innovators to always think about inclusivity and universal accessibility in whatever innovative product they are working on.

At the same time, Mwenda says the team is working round the clock to create a world with zero barriers to participation for over 285 million visually impaired people globally by providing true freedom of independent and unaided movement which in turn opens up a world of opportunities in education, entrepreneurship, social and economic activities.