Sapama CEO: KeNIA is a walking stick that Startups require 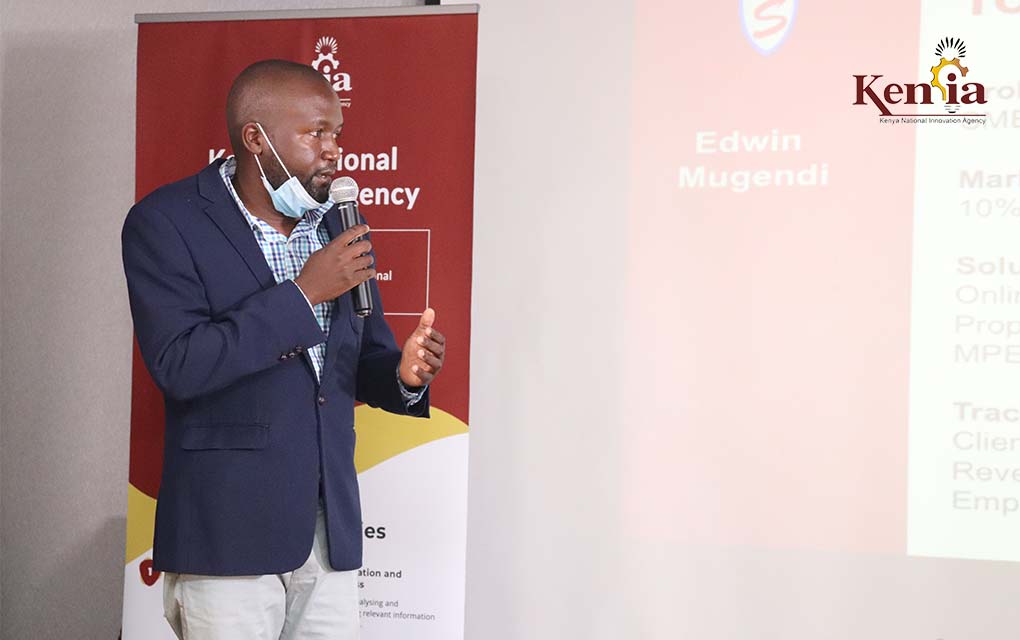 Mugendi, a Computer Scientist and founder of Sapama Technologies– a tech startup that develops online enterprise resource planning systems for Small and Medium-Sized Enterprises, says that his experience with the state Innovation Agency is one he can never forget about, as his startup is one among the many startups that have benefitted from the agency’s funding programs.

“We received half a million in form of grant from KeNIA through the National Innovation Awards to advance our technology. The funding came at the right time because it helped us procure office equipment, pay our staff and hire more staff,” Mugendi says.

He however states that a simple advert by KeNIA on a daily newspaper was what made the difference for his struggling business at that time.

At the same time, the entrepreneur advises the young innovators to be persistent and patient in whatever they are doing.

“If you want to succeed in this field, it is important to be very patient. The young entrepreneurs should most importantly look at the value proposition and customer retention. The money paid by a client should be equal to the value you offer.”

Mugendi has hailed the current KeNIA CEO Dr. Tonny Omwansa, saying that he is very capable of propelling the agency to the next level and breathe a life into the agency, but he is also urging the Innovation ecosystem players to build partnerships and generate unicorns that will help catalyze the growth of the country’s economy.