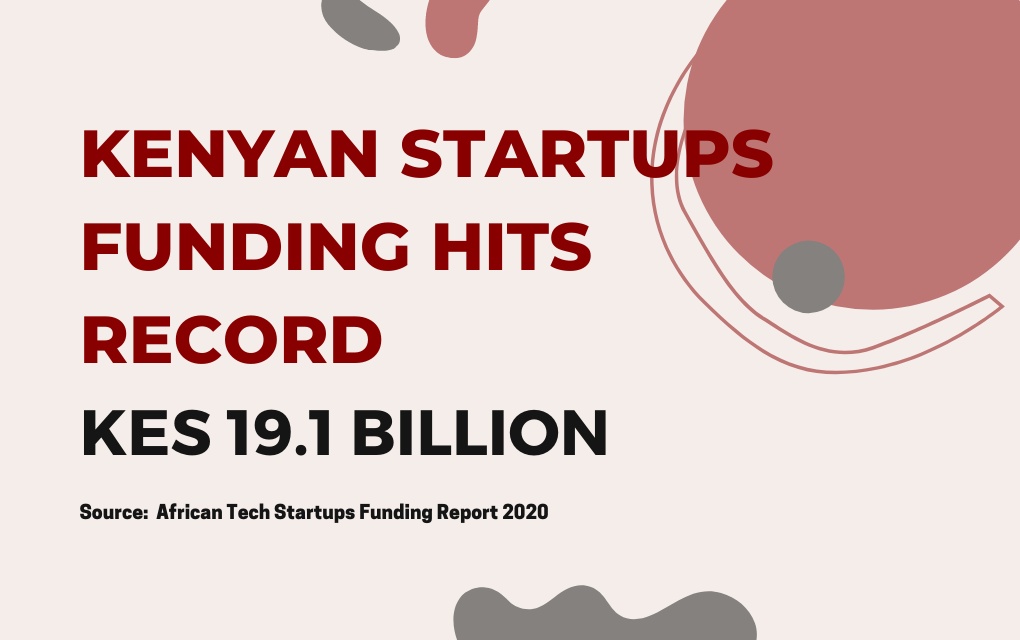 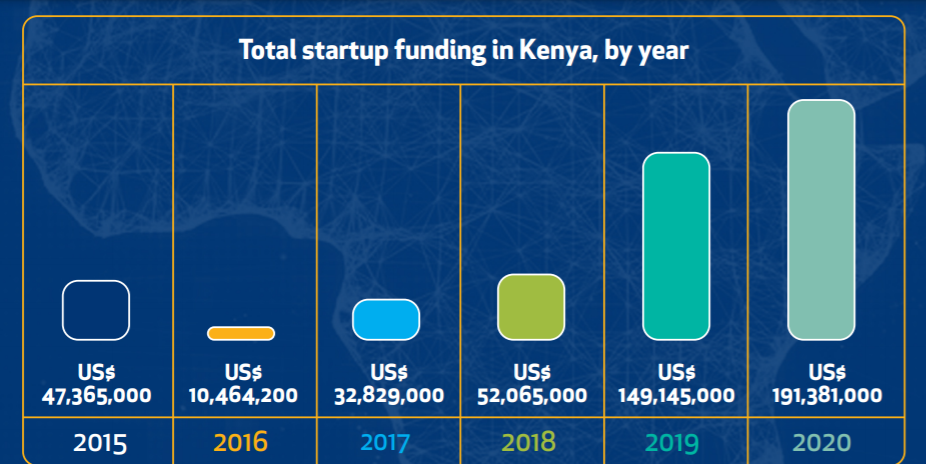 This outstanding amount of funding was however raised by relatively “few” ventures - with 59 Kenyan startups responsible for the investment total. This is only the fourth highest tally in terms of number of funded companies - with Nigeria, Egypt and South Africa all boasting more funded startups, albeit to a (substantially) lesser cash total.

This is the second year in a row that Kenya has had the fewest funded startups among the “big four” countries, but raising the highest total amount. This is due to the consistently high average ticket size raised by Kenyan ventures. Although in 2020, the average deal was down slightly at USD 3.2 million (from USD 3.3 million in 2019), it is still the highest average amount of any country.

On a sector view, whereas in other leading Sub-Saharan markets like Nigeria and South Africa fintech is dominant, in Kenya investor activity is much more evenly distributed. Fintech and e-commerce are the two leading spaces in terms of number of funded startups, with 13 and 12 respectively, while the e-health, logistics and energy sectors each saw five startups backed. Four agri-tech companies also raised.

Similarly, with funds raised, fintech’s share is far lower than in other leading markets on the continent. Conversely, in Kenya, there is a heightened prevalence of large-raising energy firms, and agri-tech is a more prominent space than elsewhere. Thus the energy sector contributed USD 41 million (21.4 per cent of Kenya’s total), and agri-tech USD 35.7 million (18.7 per cent of the total). The remaining funds were split between the logistics space (USD 27.3 million, 14.3 per cent), e-commerce (USD 23.7 million, 12.4 per cent), and fintech (USD 16.2 million, 8.5 per cent).

For years, Kenya has been home to a vibrant community of entrepreneurs working across sectors, and genuinely innovative solutions regularly emanate from the country. However, in funding terms, it is somewhat of a polarised location. Investors are attracted to Kenyan opportunities, and are willing to back the solid, proven companies active in the region. Hence, Kenya has a constant flow of large rounds backed by multiple international VCs and institutions clubbing together on a good investment.

Therefore, while Kenya has the innovation and on-the-ground activity to keep producing success stories year by year, more needs to be done to promote local investment into local companies at all stages of the startup lifecycle.

Twenty-two (22) Kenyan startups raised USD 1 million or more, meaning that 37.3 per cent of the country’s funded ventures bagged million dollar-plus rounds. The number of startups raising over a million dollars has been on the rise for years in Kenya. The size of these rounds is also fanning out - whereas in the early years even the highest rounds were in the USD 1-2 million range, today large tickets span from USD 1 million to USD 30 million, evidencing the increasing availability of growth funding.